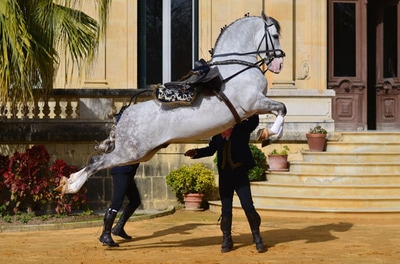 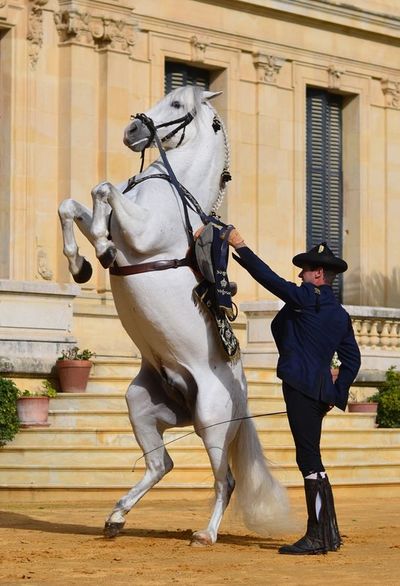 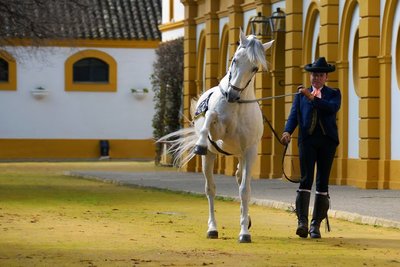 The final ingredient to this collaboration is the horse show "How the Andalusian Horses Dance”. from the Royal Andalusian School of Equestrian Art Foundation, based in Jerez de la Frontera and its horses the “Andalusian” Breed. The School is devoted to conserving the ancestral abilities of the Andalusian horse, maintaining the classical traditions of Spanish baroque horsemanship, preparing horses and riders for international dressage competitions, and providing education in all aspects of horsemanship, coach driving, blacksmithing, the care and breeding of horses, saddlery, and the manufacture and care of horse harness.


The Andalusian, also known as the Pure Spanish Horse or PRE (Pura Raza Española), is a horse breed from the Iberian Peninsula, where its ancestors have lived for thousands of years. The Andalusian has been recognized as an individual breed since the 15th century, and its conformation has changed very little over the centuries. Throughout its history, it has been known for its prowess as a war horse, and was prized by the nobility. The breed was used as a tool of diplomacy by the Spanish government, and kings across Europe rode and owned Spanish horses.


The Carthusian Andalusian or Cartujano is generally considered the purest Andalusian strain, and has one of the oldest recorded pedigree lines in the world.


For the first time ever the horses will perform in a bullring making the event a once in a life time occasion.
Proudly powered by Weebly