The title BELOVED comes from a book I had recently read about the romance between the Roman Emporer Hadrian and Antinous. I combined images of Antinous and other Greek and Roman sculptures I had taken at the Metropolitan Museum NYC and a copy of the handwritten Poem  "Haremos un Viaje" ( Lets Get Away). I painted it during the months of confinement so the feel of escape was apparent. Yearning freedom of travel, looking back at the past and the uncertainty of the future played a part in creating this state of caos.
​ 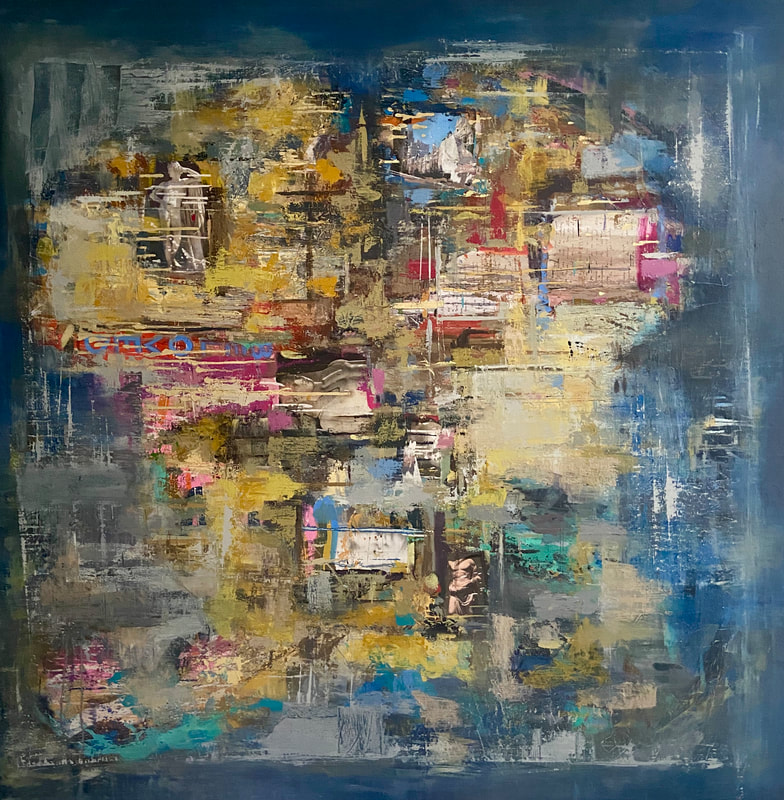