Diptych 162cmx240cm
​Oil & Collage on linen
I continue my series "Lets get Away" ( Haremos un Viaje) inspired by a poem and the dificulties of living in confinement. Only using a spatula I layer and paste. I then scratch and remove parts of the surface. I include elements of collage, mainly pictures of statutes of the male figure but also extracts of poems written by friends Sergio Padilla. The poems were written on a ABC 1960s type writer.

The result is a large surface similar to a mural when  color & texture take the main stage but the effect of wear and chaos. 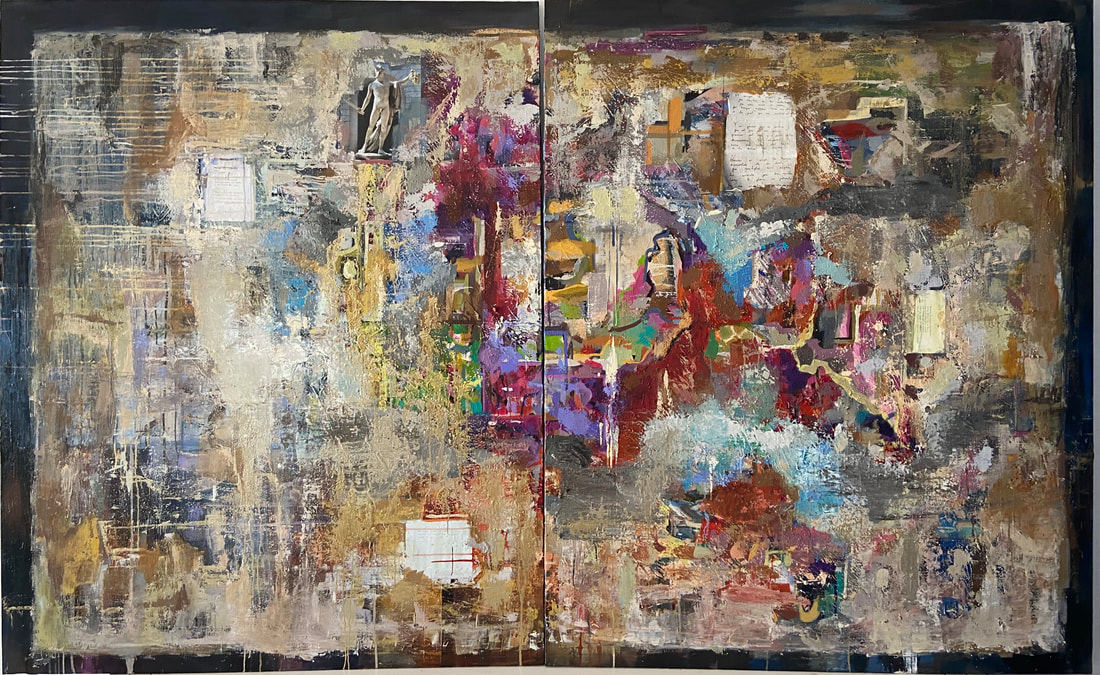